In 2010, ALTEL was the first in the republic to introduce 3G technology, and already in 2012, the first commercial launch of LTE technology in Kazakhstan under the ALTEL 4G brand took place.

On May 15, 2014, ALTEL announced the launch of an innovative LTE / GSM / UMTS network, which made it possible to use high-speed data transmission using LTE technology on a smartphone. Voice calls are automatically transferred to the GSM / UMTS network.

Based on advanced technologies and equipment, the multi-technology network provides the opportunity to use a number of innovative functions and developments. So, in the coverage area of the entire GSM / UMTS network from the ALTEL brand, “HD-voice” technology is available to subscribers. The constructed network is prepared from a technical point of view to provide voice services on top of LTE using VoLTE technology and the next step in the development of 4th generation networks - LTE Advanced.

In 2015, ALTEL became the winner in the nomination “Telecommunication breakthrough of the year” in the framework of the national competition “Choice of the year No. 1 in Kazakhstan 2015”.

In March 2016, ALTEL merged a business with Tele2 Kazakhstan (Mobile Telecom-Service LLP), bringing the subscriber base to 6.4 million people, increasing the number of base stations to 7 thousand, thereby presenting the widest 4G network coverage throughout Kazakhstan .

In May 2019, Kazakhtelecom JSC acquired the remaining 49% of the mobile operator Tele2 AB in the joint venture, becoming the sole shareholder of the company.

In April 2019, “Otandastar” Foundation and Mobile Telecom Service LLP agreed to jointly provide gratuitous services for the quality implementation and development of the project to create a single contact center for support of returnees and compatriots living abroad. 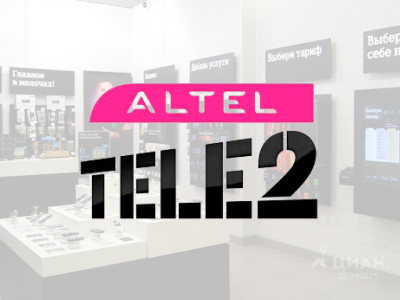